March has been a wildly busy month – but I think I say that about every month! 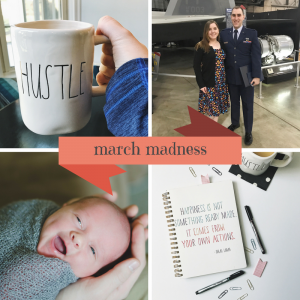 It has been a month filled with learning, new projects, stepping out of my comfort zone, lots of coffee, family visits, & goodbyes to good friends.

END_OF_DOCUMENT_TOKEN_TO_BE_REPLACED 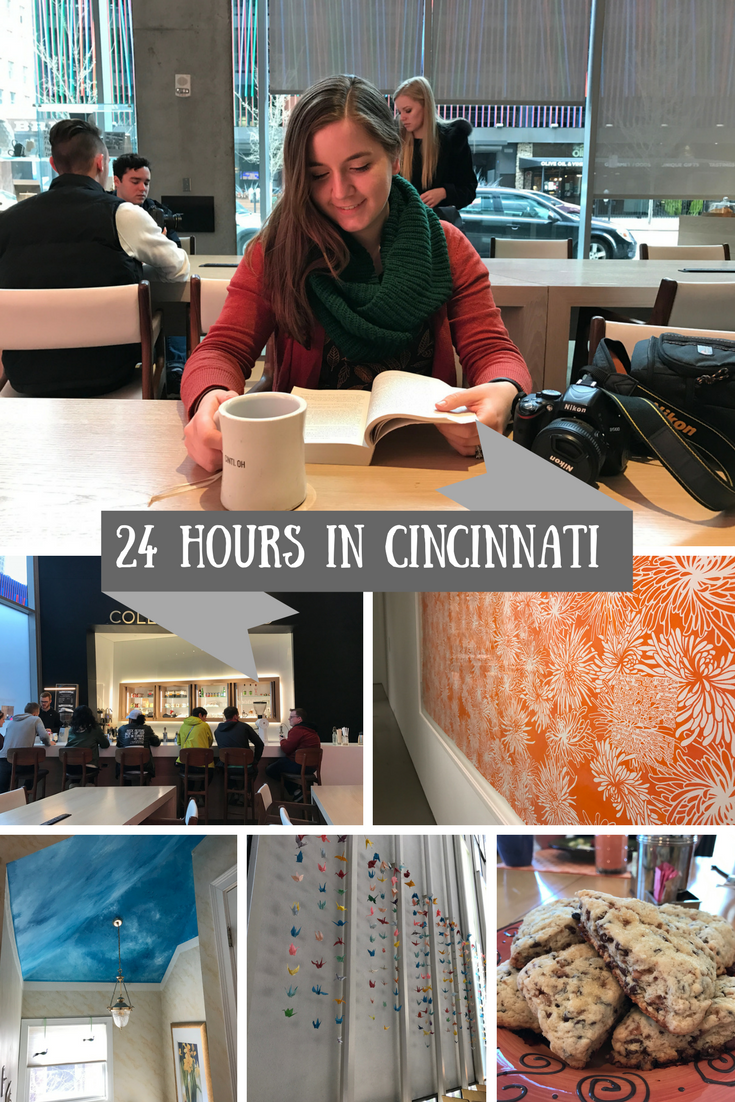 Now that I work two part-time jobs, weekends are not really a “thing” for me anymore.

If I get any days off, they’re probably not going to be on the actual weekend – but somehow, I had a whole Saturday off last week, and wasn’t scheduled to work until the afternoon on Sunday!

So Ben & I jumped at the chance to explore our little corner of Ohio a bit more, and booked a B&B in the cute neighborhood of Clifton in Cincinnati. We had just about 24 hours to spend in Cincinnati, and we were going to make the absolute most out of it.

END_OF_DOCUMENT_TOKEN_TO_BE_REPLACED

Ah, Ghostlight. You were the first coffee shop I visited in Dayton, the first one I found in my Google search, my first Dayton coffee love. Thus, I think it makes sense that it’s the first stop on my Dayton Coffee Crawl!

Let’s start with the basics… 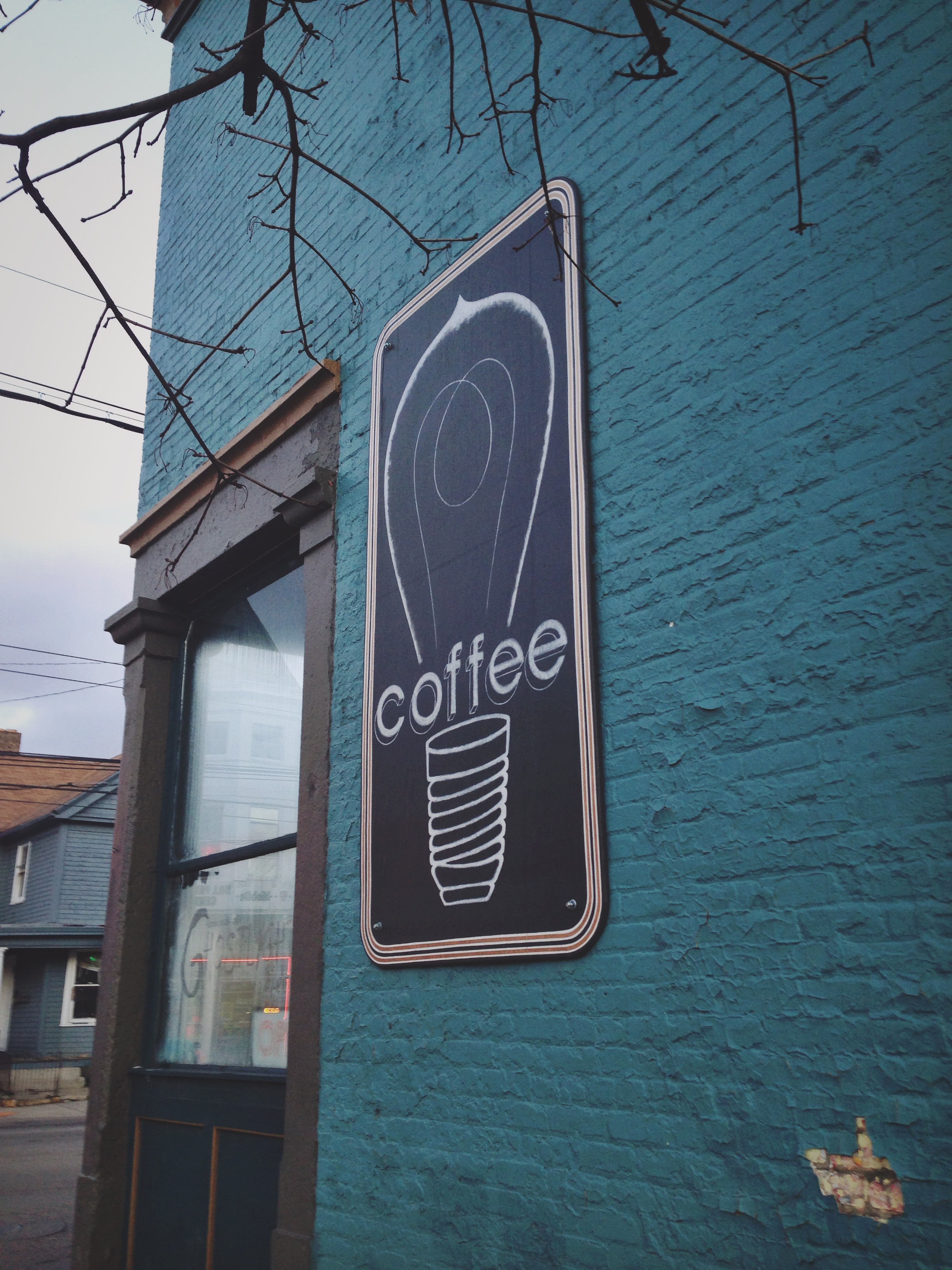 END_OF_DOCUMENT_TOKEN_TO_BE_REPLACED

I don’t think it really needs to be said, but I love coffee.

The first thing I do when I go to a new place is to search for a coffee shop to try out – & the second is to try to find a bookstore, so I think my priorities are set in the right places.

When I found out we were moving to Dayton, I was so concerned that for some reason, they wouldn’t know how to do good coffee in this random spot in Ohio. (I was spoiled by my east coast upbringing, I think) But after doing a quick Google search, I have to say that I was pleasantly surprised!

Once we arrived in Dayton, we made pretty quick work of checking a few coffee shops I found off of my list. Somehow, though, I still haven’t managed to get to them all! Now that we’ve been here for over a year, I thought it would only be appropriate to do a series of posts that I’m going to call the Dayton Coffee Crawl – visits to every single local coffee shop in the area, with an overview and my thoughts on each one. Traditionally, “coffee crawls” are single-day tours of a number of coffee shops in an area, resulting in some SUPER CAFFEINATED people. But I don’t have the time for that and goodness knows my heart can’t handle too many shots of espresso in one day!! It’ll be a slow crawl. 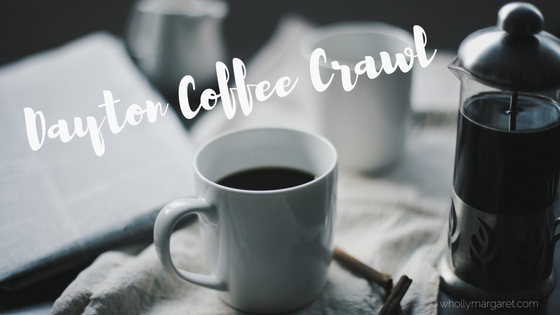 END_OF_DOCUMENT_TOKEN_TO_BE_REPLACED

Two posts in one day? Well, aren’t you lucky!

We celebrated our two year engagementiversary (that’s a word now, get used to it) by eating dinner at a local Irish pub, since we got engaged in Ireland! We’ve decided that going to an Irish pub will be our new August 6th tradition.

We went to the Dublin Pub in the Oregon District in Dayton (one more restaurant off of our list!) and loved it! Ben drank a Guinness, I drank Jameson & ginger. Ben got a super spicy chicken sandwich, and I had the bangers and mash. The taste of the dish brought me right back to eating dinner with friends at pubs in Dublin two years ago. We will definitely be back before next year and can’t wait to try more of their delicious pub fare!

My husband, Ben, is an officer in the Air Force, which means we’ll be moving every few years as he gets new assignments. His last base was Hanscom AFB, right outside of Boston, and it was a perfect place for him to be stationed as a young officer when we were first dating. Boston is a city filled with young people and lots to do in the downtown and surrounding areas. We packed so much into those 4 years while he was stationed there and while I was in college at Wheaton. We even made a Boston Bucket List, but not until we had about a year left in the area, and between me finishing up college and us planning our wedding and move, we definitely didn’t check off as many places as we had hoped.

During the winter of 2014, we found out where he would be headed next – or should I say we, since we were engaged and planning our wedding. He had applied to AFIT, the Air Force Institute of Technology, what seemed like AGES ago, and got the call one evening that he had been accepted to a program to get his Masters in Engineering! We were thrilled! But then came the realization that we would be moving to Dayton, Ohio.

I’ve grown up on the East Coast and near big cities my whole life, so when I heard “Ohio” my mind immediately went to: Midwest, cornfields, empty, sad cities past their prime, economically depressed, old houses, no fun, nothing to do!

And while there are plenty of cornfields out here, I could not have been more wrong about Dayton. END_OF_DOCUMENT_TOKEN_TO_BE_REPLACED

I took a late evening walk today, thinking that the heat would be less terrible – but alas, it’s in the mid-80s and is stupidly humid. At least the sky was pretty. 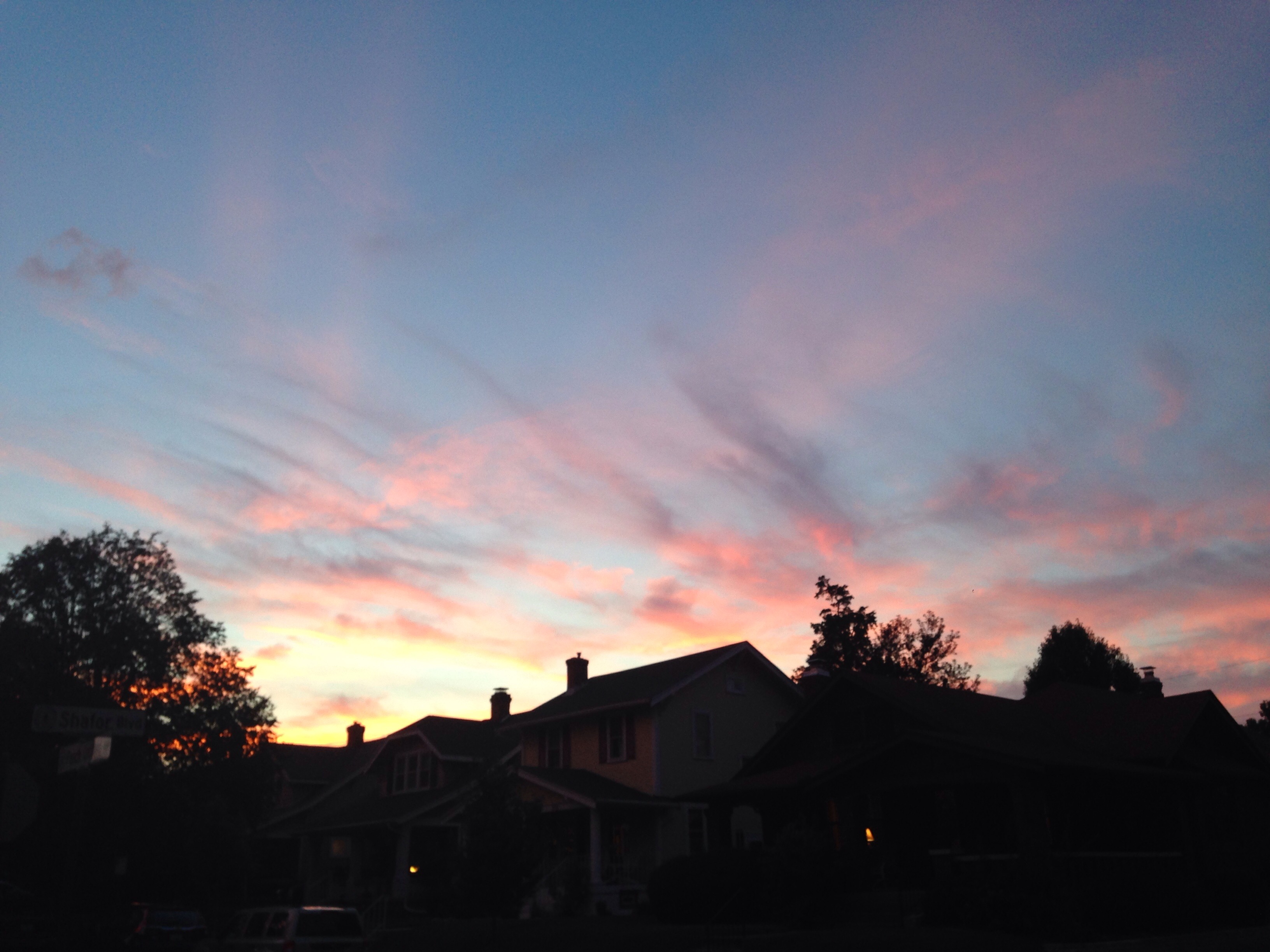 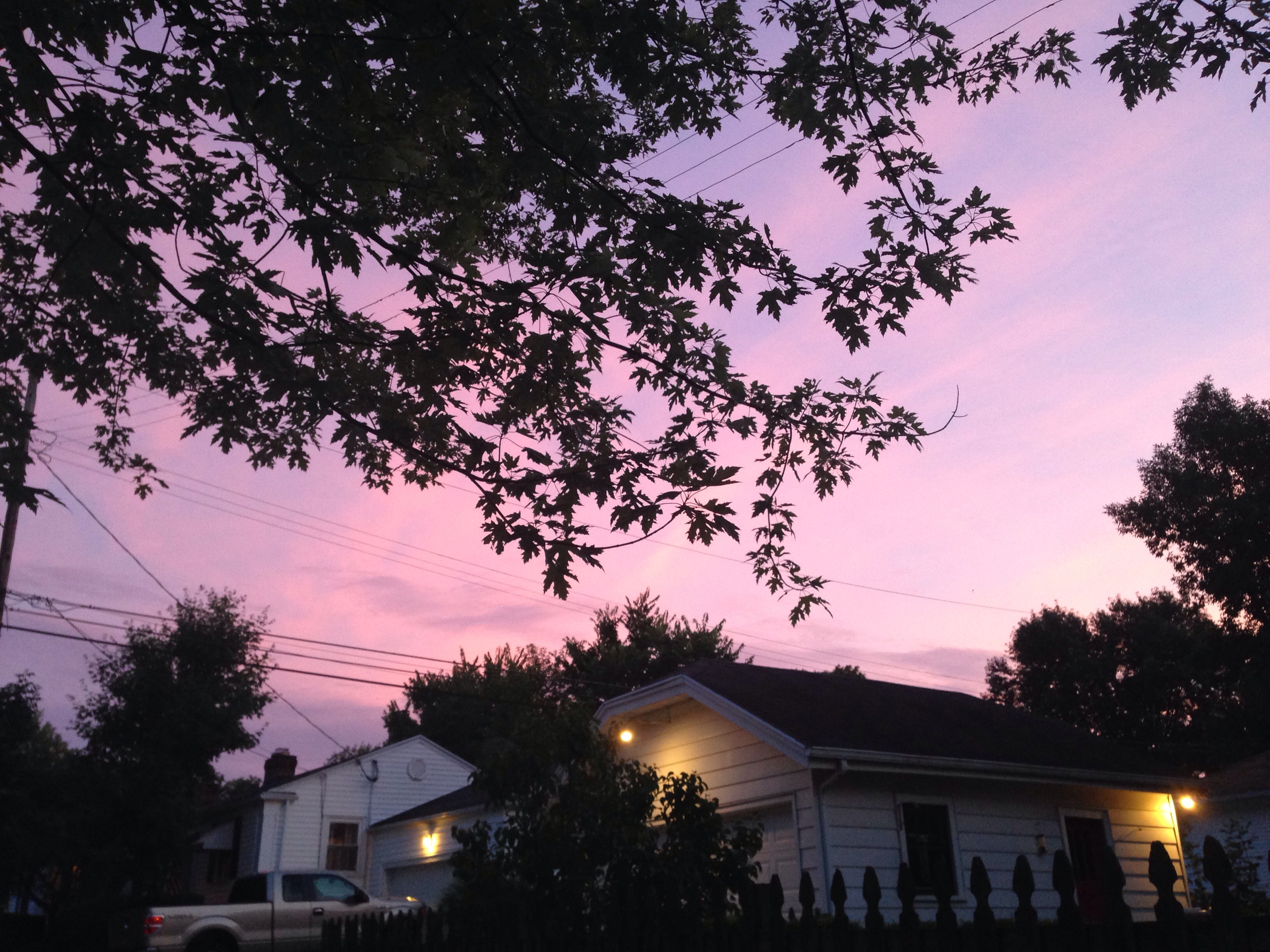