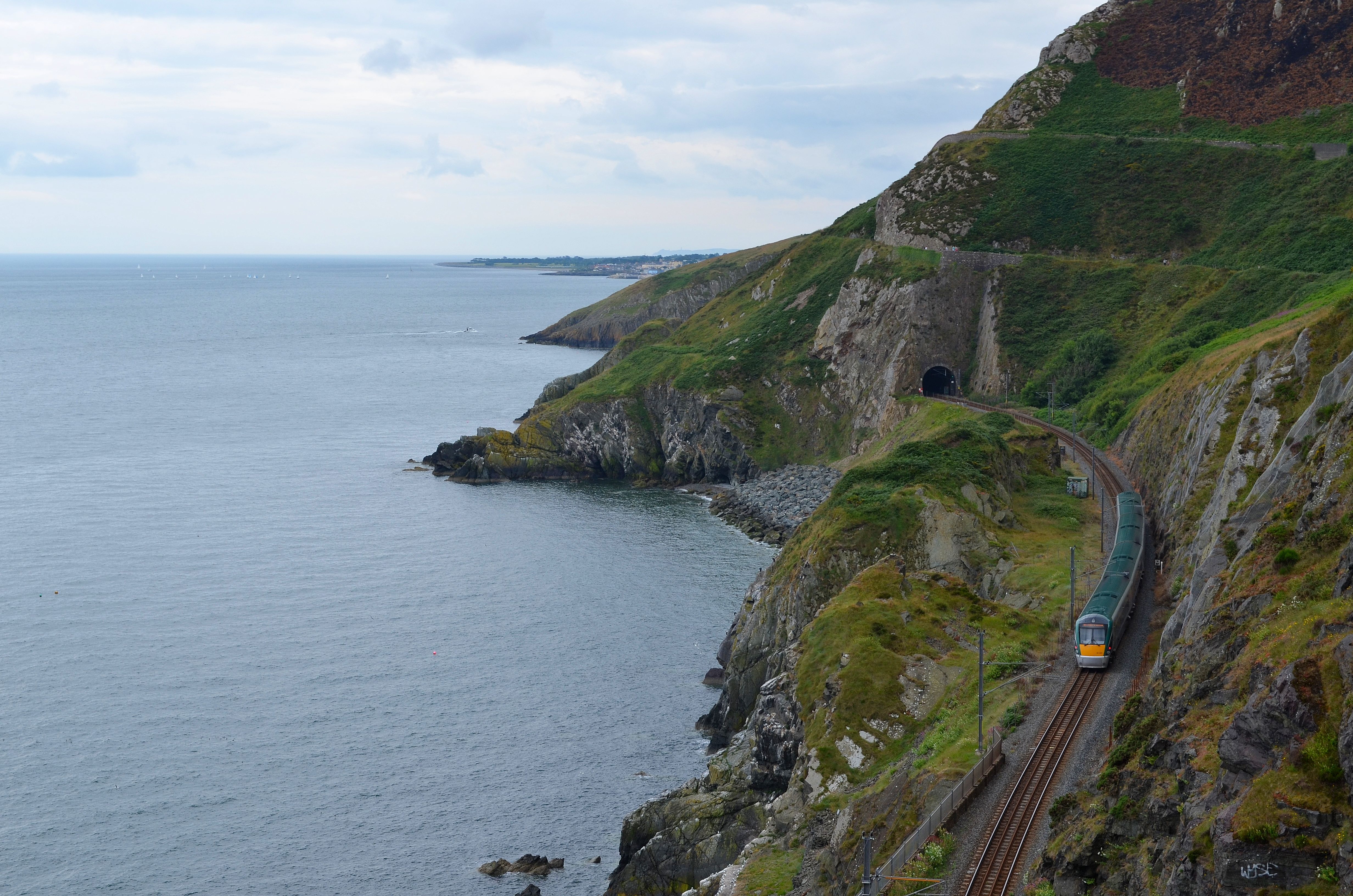 Ever since I started thinking about what I was going to do this summer, I knew that wherever I ended up, I wanted to do a little solo traveling for the first time. I’ve traveled by plane on my own to and from college, but I’ve never traveled on my own to a place where I don’t know anyone. I’ve always had someone waiting for me at the end of the trip. I wanted to experience more independence than ever this summer by traveling to a place where I have no connections.

I didn’t end up with the time (or money, really) to spend a whole weekend away, or even one night in a different city, so I chose to go on a day trip within County Dublin. The actual city centre that I’ve been spending most of my time in is pretty tiny compared to the rest of the county! There’s a lot to see, and it’s not too difficult to get around the area. So I planned to take the DART (Dublin Area Rapid Transit) on Saturday morning out to Bray (and maybe Dun Laoghaire and maybe wherever else looked interesting from the train) for the day! 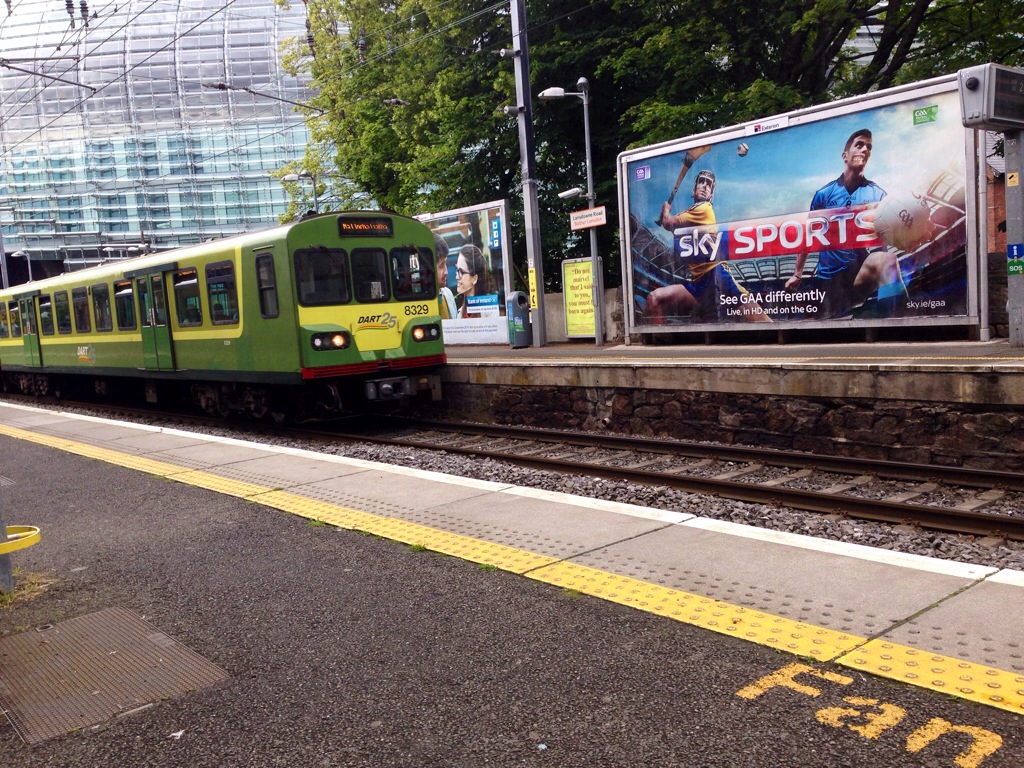 On Saturday morning I woke up a little later than I planned, which is probably just what my body really needed. I took my time, since I had no one to meet, ate a good breakfast, packed up my purse and made sure my camera was charged up, and headed on my way to the nearest DART station. It was unfortunately a very overcast day that looked as if it could turn to rain at any second, so I made sure to bring a raincoat and a plastic bag to cover my semi-waterproof camera bag if needed. The Lansdowne Road station was about a 15-20 minute walk away from my apartment, and is right next to the stunning, glass-covered Aviva Stadium, where they play rugby. Apparently, it’s shaped like a giant rugby ball! (Is that the right term? Can you tell I know nothing about rugby?)

Selfie before heading out

I topped up my newly purchased LEAP card (like a SmarTrip card in DC or a Charlie Card in Boston) at the station, and went through the (open, but I paid) faregates. The station was pretty empty when I got there! That always makes me a little bit nervous, but it was an open air station, and soon a few families came onto the platform as well. I had no idea what side of the tracks to stand on because the signage was a little confusing, so I ended up standing on the wrong side of the tracks, and watched the train I had aimed to take pass me by! The next train wasn’t coming for another 25 minutes – that reminded me a little of being at home on the DC Metro!

After I awkwardly made my way over to the right side of the tracks, I waited another 20 minutes or so, and finally the right train came by. Getting on was a little confusing, because you have to press a button on the door to open it once the train is fully stopped. I kind of stood there expecting the doors to open automatically, until I looked at the other people around me easily getting on the train, and I followed suit. The DART trains look a little old from the outside, but on the inside, they are clean, spacious, and have very comfortable seats. Remembering a recommendation from my boss to sit on the left side of the train for the best views, I found a seat, and the train started to move.

The sun started to shine and the clouds parted the minute the train pulled out of the station – no exaggeration! I took that as a good sign for the rest of the day. I definitely didn’t mind the view from the train. We passed gorgeous beaches, green grassy fields, and even went through tunnels in the hills. I felt like such a silly tourist taking photos out the window with my phone through the entire ride, but I couldn’t resist! I wanted to get off at every stop and explore, but knew I wouldn’t have the time for that. I had read about the Bray Cliff Walk from a guide book, and settled on taking the train to its second to last stop to check it out. At 11:39 on the dot, I stepped off the train in Bray, found a tourist map to get my bearings, and started exploring!